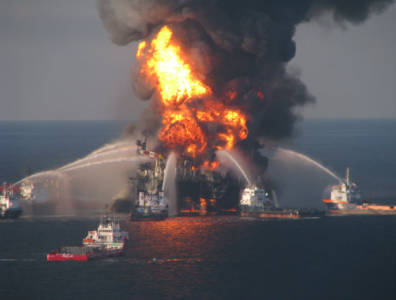 Fire breaks out on Pemex platform

CIUDAD DEL CARMEN, January 25, 2016 – A fire broke out in the machine room on an oil platform located in the southern edge of the Gulf of Mexico, Mexico’s state-run energy giant Pemex reported on Saturday.

The shallow-water Zaap E platform was being installed and not in operation at the time of the fire. There were no injuries, although 97 employees were evacuated. The fire was under control and there was no spill, according to Pemex.

The platform sits on the Ku Maloob Zaap field, Mexico’s most productive project. The asset is located in the Bay of Campeche, about 105 km from Ciudad del Carmen. The field produces about 860,000 bopd, more than one-third of Pemex’s total crude output.

The incident follows several dangerous developments on Pemex’s other projects. In October last year, the Sihil A platform suffered a gas leak and 85 workers were evacuated. In April, the Abkatun Alpha platform was caught in an explosion that killed four workers and injured 40. The following month, two workers were killed and 28 workers injured in a rig tilting incident on the Troll Solution platform. Shortly after in June, the Akal H platform exploded due to a gas leak although no one was injured.

For more oil and gas information and news, click here.