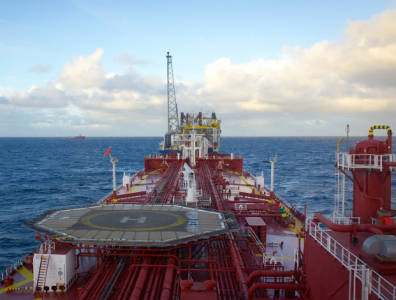 The non-binding agreement has Schlumberger receiving a 40-percent interest in the project, with a permanent deal expected in Q2 2016. The services provider plans to reimburse 50 percent of Ophir’s past costs through a development carried interest. It is expected to cover the company’s capital expenditure on the project until the first sales of LNG.

The Fortuna project is located on block R in offshore Equatorial Guinea, about 140 km off the coast of Bioko Island on the Distal Niger Delta. Block R is estimated to contain 96.3 bcm (3.4 tcf) of gas reserves, of which Fortuna accounts for 36.8 bcm (1.3 tcf). A floating production, storage and offloading vessel is expected to liquefy gas and convey 3 million tonnes of LNG a year for about 20 years.

Ophir’s total production for 2015 averaged 13,000 boepd, ahead of projections due to its Bualuang and Sinphuhorm fields in Thailand producing ahead of target, the firm released in a trading update. Its capital expenditure for this year is estimated between USD 145 million-225 million.

Fire breaks out on Pemex platform
Next