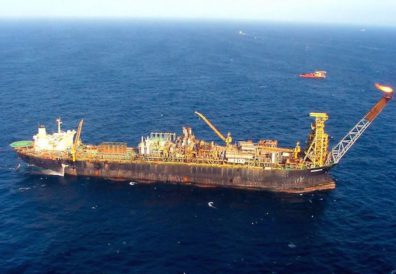 RIO DE JANEIRO, January 22, 2016 – Brazil’s state-owned Petrobras shutdown operations at its FPOS vessel P-31 on Tuesday 19 January citing a leak of fluids, but yesterday union officials told Reuters that the shutdown was due to a gas leak.

P-31 also known as Sindipetro Norte Fluminense is located in the Albacora Field northeast of Rio de Janeiro. The field produces around 18,378 bopd and 300,460 cu.m of gas per day.

This is the companies second shutdown of the P-31 in January, the first was on January 11. Petrobras has stated that the latter incident was caused by a mixture of oil and water leaking into the pump room.

The company’s account conflicts with those from workers represented by union officials.

The union officials said that gas sensors were triggered in both events.

The company related that no injuries were sustained as a result of the shutdown and that no environmental damage was caused, it did not say if production had restarted. In February 2015, an explosion at an FPSO in the Camarupim oilfield caused nine deaths.