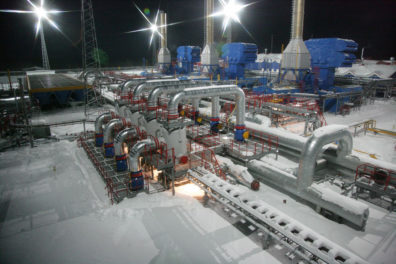 Former board member Bogdan Budzulyak, currently one of the directors of the Amsterdam-based Gazprom-Eni joint venture Blue Stream Pipeline Company, and Alexander Shaykhutdinov, responsible for gas transportation, underground storage and utilisation at Gazprom, are accused of having accepted bribes from Siemens Industrial Turbomachinery (SIT). The latter’s subsidiary, Netherlands-based Siemens Industrial Turbomachinery Holding, was awarded contracts for gas turbines for five compressor stations along the Yamal-Europe gas pipeline between 2004 and 2006 in return. Commissioned in 1997, the pipeline has a capacity of 32.9 bcm (1.16 tcf) per year.

Payments were made through a special entity in Cyprus, Burlingame Consulting, before hitting Swiss bank accounts. Budzulyak and Shaykhutdinov are said to have been awarded 2-3 percent of the contract value of the deals made between 2004 and 2006, estimated at $3.8 million.

GMP to invest in blocks III and IV