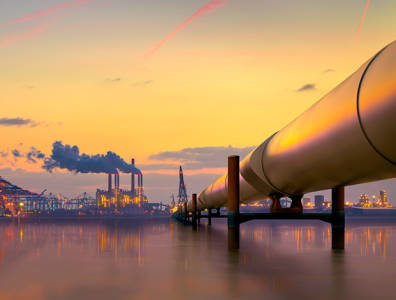 BAGHDAD, April 10, 2015 – Iraqi State Oil Marketing Company delivered its first shipment of oil to Gazprom Neft, the Russian company announced on Thursday. The 500,000 barrels of oil, delivered to the Turkish port of Ceyhan, were payment for development costs at Iraq’s Badra oilfield.

Badra currently produces 15,000-17,000 barrels of oil equivalent per day. “Stable production at this level has enabled the investors to start receiving compensation for the costs incurred, by obtaining part of the oil produced on the field,” Gazprom Neft said in a statement.

Gazprom Neft brought the field on line in 2013. In early 2015, the company finished constructing and testing a 165-kilometre pipeline connecting the Badra oilfield to infrastructure at the Gharraf oilfield. This development allows for transport of more than 200,000 barrels per day.

Gazprom Neft is the operator with a 30 percent stake. Its partners are South Korea’s Korgas (22.5 percent), Malaysia’s Petronas (15 percent) and Turkish TPAO (7.5 percent). The government of Iraq holds a 25-percent interest in the consortium, which won the licence in 2010.