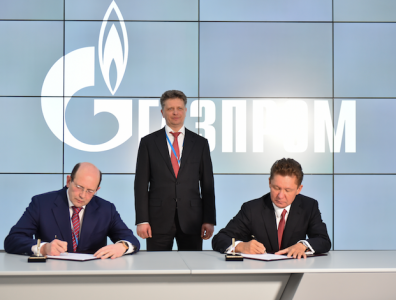 The Russian gas giant said revenues were barely a percent up since 2015, at RUB 6.11 trillion (USD 108 billion), yet lower costs, a stronger rouble and a surge in demand in Europe drove its net income to RUB 952 billion (USD 16.8 billion), higher than the expectations of analysts surveyed by Reuters, which averaged RUB 929 billion (USD 16.4 billion).

The report came days after Gazprom secured a pledge by five European companies to fund half of the EUR 9.5-billion NordStream 2 pipeline project, and weeks after the company agreed to amend its long-term contracts with European customers in ways that allayed some of the European Commission’s previous anti-trust concerns.

It coincided with the figures from Q1 2017 released by Total on Thursday, which showed that the French company’s net income group share was USD 2.85 billion, higher than the USD 1.61 billion earned during the same period in the previous year.

“Supported by the OPEC/non-OPEC agreement, Brent prices remained volatile in the context of high inventories and averaged USD 54 per barrel this quarter,” CEO Patrick Pouyanné said in a statement.

“In this environment, Total’s adjusted net income increased by 56% to USD 2.6 billion in the first quarter 2017 […] due to good operational performance and a steadily decreasing breakeven.”