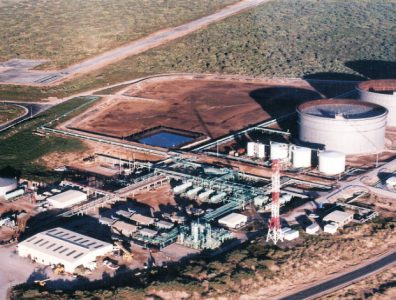 MELBOURNE, January 15, 2016 – Australia’s $54-billion Gorgon LNG plant has received a cargo that will allow it to cool its infrastructure prior to its first shipment, Chevron reported on Friday.

The shipment was delivered from Indonesia on the Asia Excellence gas carrier and will be used to cool down the storage and loading facilities prior to production at the world’s most-expensive LNG project, in Western Australia. Gorgon’s first production of LNG is expected to be exported from the facility in Q1 2016.

Gorgon, which was approved for construction in 2009, is estimated to be able to produce 15.6 million tonnes of LNG per year. The project taps the Gorgon and Jansz-lo fields in the Carnarvon Basin. Exports are expected to mainly benefit customers in Japan, South Korea, India and China. The LNG mega-project is Australia’s biggest single resource endeavour.

Chevron is in charge of operations with a 47.3-percent stake. Exxon Mobil and Shell hold 25 percent each, while Japan’s Osaka Gas, Tokyo Gas and Chubu Electric Power hold the rest.