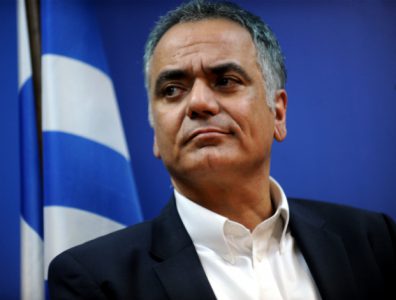 Greece in talks with Iran on gas

ATHENS, February 24, 2016 – Greece is in the initial stages of discussions on becoming a gateway to Europe for Iranian gas, Greek Minister of Productive Reconstruction, Environment and Energy Panos Skourletis said on Wednesday.

The talks follow a January 2016 deal that will see Iran supply Greek oil refiner Hellenic Petroleum with crude. A stepping stone for further co-operation on gas, Iran is to provide the energy company with 60,000 bopd with an option to increase that volume to 150,000 bopd.

Commenting on the talks, Skourletis said that Iran would be interested in selling liquefied natural gas, pointing to the Revithoussa re-gasification terminal and a planned terminal at Alexandroupolis as sites that could be of interest fort he Iranians.

Should gas exports materialise they would both meet Greece’s needs and leave ample volume “for exporting to Europe,” Skourletis also said.

Oman with Iran on production cap
Next