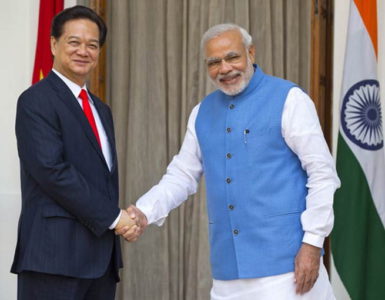 NEW DELHI, September 23, 2014 – The overseas arm of India’s Oil and Natural Gas Corporation, ONGC Videsh, last week signed a letter of intent with state-owned PetroVietnam to explore for oil and gas acreages in an undisclosed region offshore Vietnam, provoking a warning from China.

Chinese foreign ministry spokesman Hong Lei said “If such agreement concerns waters administered by China or if such co-operation project is not approved by the Chinese government, then we will be concerned about such an agreement and we will not support it.”

China and Vietnam dispute sovereignty over islands and suspected nearby oil reserves in the South China Sea.

The agreement which does not reveal the location will see ONGC Videsh able to expand its exploration activities in two to three additional blocks, pending commercial viability and approval, while PetroVietnam may be able to participate in some of ONGC Videsh’s exploration blocks.

ONGC currently produces about 160,000 barrels of oil equivalent per day and has participates in 35 projects in 16 countries.

Dana Gas gets funding for new gas field
Next