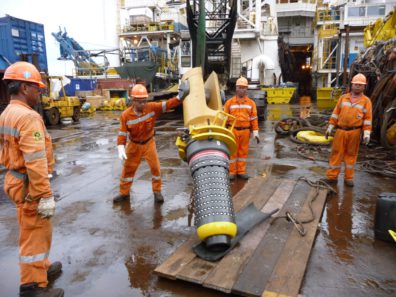 LAGOS, September 23, 2014 – On Monday, French super-major Total revealed plans to sell its 20-percent operating stake in an offshore producing asset OML 138, which Reuters reported could be worth $2.5 billion.

A previous deal to sell the asset to Chinese state-owned firm Sinopec in 2012 fell through. The idea has been refloated as part of a target to generate $10 billion by 2015.

The concession contains the Usan field, which had an average production of more than 35,000 barrels per day in 2013, according to the Nigerian National Petroleum Corporation. Current production levels account for less than 10 percent of Total’s equity production in Nigeria.

While domestic exploration and production firms have been active in recent asset divestments in Nigeria, technical and financial requirements associated with this deepwater asset may favour international players.

India risks clash with China
Next

Egypt to get biggest ever IPO