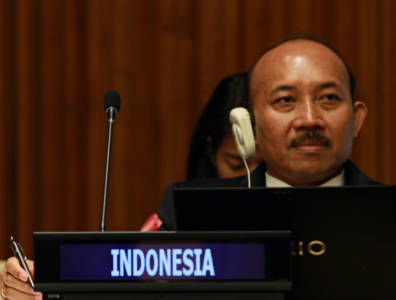 Indonesia to back oil output freeze

SOCHI, May 19, 2016 – Indonesia has said it would lend support to a proposal to freeze oil production at current levels should it be tabled at the upcoming OPEC meeting in June.

Speaking on the sidelines of the ASEAN-Russia Summit in Sochi on Thursday, director general for oil and gas at Indonesia’s Ministry of Energy & Natural Resources Wiratmaja Puja ruled out production cuts. “Our production is less than our consumption, so we are not focusing on cutting our production,” Puja said, adding that Indonesia would “support an idea of [an] oil freeze to stabilize oil prices.”

The country’s crude production averaged 835,000 bopd in the first quarter of 2016. OPEC’s next gathering – the 169th ordinary meeting – is planned for June 2 in Vienna, Austria. “We are very hopeful that the OPEC members will reach an agreement on oil production freeze in Vienna,” Puja concluded.