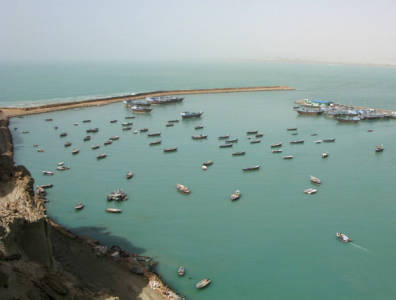 TEHRAN, May 24, 2016 – India and Iran signed a contract for the development of the port of Chabahar to increase bilateral trade during Prime Minister Narendra Modi’s visit to the country on Monday.

The agreement between Iran’s Arya Banader and India Ports Global, a joint venture between Jawaharlal Nehru Port Trust and Kandla Port Trust, will see development and operation of two terminals and five berths in Iran’s underused Chabahar port for the next 10 years. The contract also awards rights for cargo handling capacities.

During the visit, the two countries also finalised 11 more cultural and financial agreements.

The project will connect India to Afghanistan and give the latter another route to the Indian Ocean.

“The agreement to develop the Chahbahar port and related infrastructure, and availability of about USD 500 million from India for this purpose, is an important milestone. This major effort would boost economic growth in the region,” Modi said in a statement.

Chabahar is close to Pakistan’s port city of Gwadar, which is being developed by China.

“There is a strategic dimension which is that India will have its own connectivity options that bypasses Gwadar. And concurrently since India does not have access to Afghanistan and Central Asia because of obstacles being raised by Pakistan,” said Uday Bhaksar, the director of India’s independent think tank Society for Policy Studies.

India puts marginal fields up for bid
Next