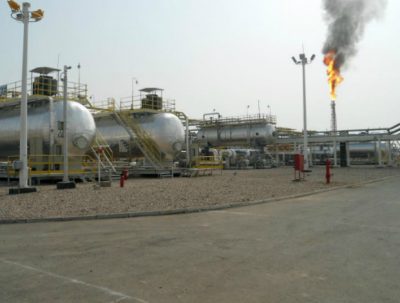 According to Al Nima, the two fields currently produce 70,000 bopd between them. Work to raise output should start in January, the minister also said. Reports of talks with ExxonMobil and PetroChina first surfaced in late-2015.

Speaking to Reuters in December 2015, the deputy chairman of what was then South Oil Company, Basim Abdul Kareem, said that the entity had courted PetroChina and ExxonMobil for investment in the so-called South Project. A scaled-down version of the much-delayed $10-billion Common Seawater Supply Facility and accompanying Common Seawater Supply Project for enhanced oil recovery, the project called for the construction of pipelines and storage facilities, as well as the injection of seawater to maintain reservoir pressure.

At the time the project was said to target the Ratawi, Luhais, Nahr Umr, Nasiriyah and Tuba fields. According to Kareem, combined output from the fields was about 240,000 bopd, and said the company would work to boost production to 350,000 bopd in 2016. Al Nima on Wednesday said the target was 550,000 for the Ratawi and Nahr Umr fields alone, declining to give a timeframe.

The deputy oil minister also said Iraq was in talks with PetroChina and Korea Gas Corporation on revitalising plans for the 300,000-bpd Nasiriyah refinery. The facility was originally part of the Nasiriyah Integrated Project, which called for the development of the like-named oilfield, home to estimated reserves of 4.4 billion barrels of oil, and the construction of a 300,000-bpd greenfield refinery.

In January 2016, commenting on the founding of Dhi Qar Oil Company, the new entity’s director for field operations, Karim Yassir, said that the company aimed to revive plans to build the Nasiriyah refinery. “The oil ministry may decide not to hold a bidding round and opt instead for direct talks,” he said without confirming whether or not the discussions would include negotiations with the original seven shortlisted companies, which included PetroChina parent China National Petroleum Corporation.