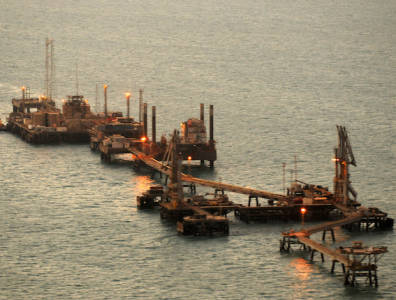 BasNews reports Hassan as saying that the Ministry of Oil has arranged to raise $12 billion as a first step to repayment after discussions with the Iraqi finance ministry and central bank. The funds should be available to oil companies “within a month,” according to Hassan.

As Iraq wages war against the Islamic State and faces a loss of revenue from low oil prices, government budgets have suffered. Massive oil reserves will be a selling point to attract buyers to a planned international bond sale.

Reuters reports that Iraq’s central government is in discussion with Citibank and Deutsche Bank to issue $5 billion in five-year bonds to bridge its budget gap. Actual bond sales may be as low as $1 billion, as Iraq lacks a credit rating from a major agency. Still, Iraq’s expansive oil reserves offer investors some assurance that the country can follow through on financial promises.

India looks to increase its oil reserves
Next