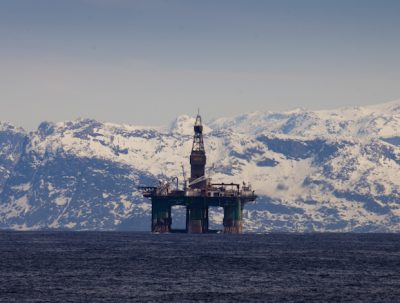 JUNEAU, March 31, 2015 – Shell will resume drilling operations offshore Alaska following a two-year production freeze that started in 2013, Adm. Robert Papp, US special envoy to the Arctic said Monday. In anticipation of the greenlight from US authorities, Shell has begun moving rigs to Alaska. No date has been set for the end of the freeze.

The moratorium on Arctic drilling followed a 2012 accident in which the Kulluk oil rig was grounded four days after breaking away from its tow vessel. The US Coast Guard report on the incident cited poor risk assessment and management by Shell. No one was injured in the incident, which occurred after the drilling season had ended.

“Clearly Shell and others will resume drilling and exploration up off the North Slope of Alaska,” Reuters quoted Admiral Robert Papp saying. “The oil companies have done this before. They’re drilled in areas like this – it’s relatively shallow, the wells are not high pressure … so I think they can do it,” he said.

The US Department of the Interior requires companies drilling in the Arctic to adhere to strict guidelines in terms of safety and preparation. The companies must have built in redundancies such as extra equipment and rigs in place prior to the start of production.

An Estimated 20 percent of the remaining global hydrocarbon reserves are located in the Arctic. Drilling in the region is both expensive and labour intensive as the sites are often remote.