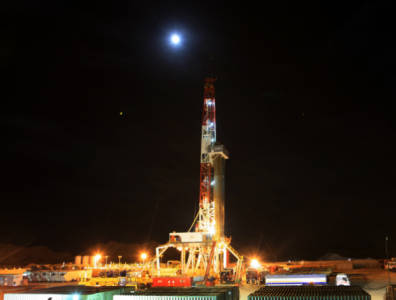 BAGHDAD, February 20, 2017 – Iraq and Iran have agreed to look into the construction of an export pipeline to transport crude from Kirkuk to Iran.

A memorandum of understand (MoU) to that end was signed in Baghdad on Monday by Iraqi Minister of Oil Jabar Al Luaibi and his Iranian counterpart, Bijan Namdar Zangeneh.

The two countries will study ways to export oil from the northern province of Kirkuk to Iran’s Abadan refinery, which is reportedly to be revamped by National Iranian Oil Refining & Distribution Company and Sinopec as part of a wider, USD 3-billion refinery upgrade agreement.

For much of 2016, it was widely believed that an export route would run from the semi-autonomous Kurdistan Region of Iraq to Iran. However, in a December interview with TOGY, Natural Resources Minister Dr Ashti Hawrami said that media discussions on the issue had been “premature.”

In August of that year, as the Kurdistan Regional Government and Baghdad were nearing a deal on the resumption of exports of Kirkuk crude via KRG-controlled infrastructure, Iraq’s deputy oil minister, Fayadh Al Nema, first said the federal government could consider selling via Iran itself.

The MoU will also see the oil-rich neighbours co-operate on future OPEC policy. Finally, Iran and Iraq agreed to commit to resolving conflict over joint oilfields.

Iranian and Iraqi officials are in talks over the joint development of common fields. The Parviz and Khorramshahr oilfields have been named as prospective joint projects. Iran’s Parviz field is known in Iraq as Naft Khaneh, while Khorramshahr has a counterpart in the Sinbad field.

Also on Monday, Rosneft said one of its subsidiaries had commenced exploration drilling in Iraq. The work is being carried out in Block 12. China’s Zhongman Petroleum and Natural Gas Group has been contracted for the drilling work. The Salman-1 exploration well is scheduled for completion in July.

Bashneft’s 70% stake in the asset fell to Rosneft when the latter took control of Bashneft in October 2016.