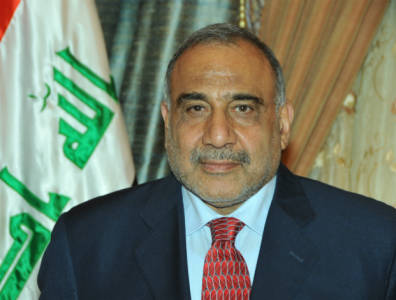 Iraqi minister of oil bows out

BAGHDAD, March 24, 2016 – Adil Abd Al Mahdi has announced he has stepped down as Iraq’s minister of oil ahead of a cabinet overhaul. In a statement on his Facebook page on Thursday, the minister said Deputy Oil Minister Fayyad Al Nima would be taking over his tasks.

His office’s spokesperson, as well as a representative of his party, the Islamic Supreme Council in Iraq, had earlier confirmed Al Mahdi’s resignation. The minister cited an “atmosphere of uncertainty and disarray dominating the government ministries ahead of a partial or complete cabinet change” as being the main reason for his resignation.

Saad Al Hadithi, spokesperson for Prime Minister Haider Al Abadi, on Thursday said that a new cabinet line-up would be presented to parliament next week. In office since 2014, Al Mahdi oversaw a major increase in Iraqi oil output and exports. During his tenure, the country reached a production of more than 4 million bopd for the first time in history.

In November 2015, Iraq shipped a record 3.36 million bopd. Average 2015 exports hit 3 million bopd, an increase of almost 500,000 bopd over 2014. With low oil prices putting a strain on Iraq’s finances in 2015, boosting exports have helped cushion the impact of reduced revenues.

Although he had participated in negotiations for a breakthrough oil deal with the Kurdistan Regional Government (KRG) in December 2014, Al Mahdi could not stop the agreement from collapsing in the second half of last year, and in response the KRG began to independently sell Kurdish oil on the international market.

In March 2016, Al Madhi’s Ministry of Oil halted the flow of crude from fields managed by North Oil Company via pipeline to Ceyhan. Earlier this week, he said that an agreement with the KRG would be a precondition for Baghdad to resume pumping oil.

“We have two options,” Al Mahdi wrote on his Facebook page, saying that the two parties would either have to revisit the December 2014 agreement between Baghdad and the KRG or draft a new agreement on revenue-sharing if the flow of oil from North Oil Company is to resume.

According to Iraq Oil Report on Thursday, Al Mahdi could be reappointed as minister of oil or possibly take on a new cabinet position. His resignation is pending cabinet approval.