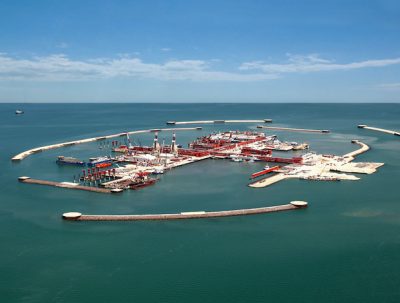 Kashagan production set to resume in 2017

ASANTA, March 16, 2015 – The Kashagan oilfield is expected to resume operations in 2017, Shell stated in its annual report Thursday. The announcement follows a three-year suspension following a 2013 toxic gas pipeline leak that started two weeks after the field went into production in 2013.

In February 2015, Eni’s subsidiary Saipem was awarded a $1.8-billion contract to replace the damaged pipeline. Repairs on the damaged infrastructure are scheduled to finish by the end of 2016.

The Kashagan field is located in the Caspian Sea off the coast of Kazakhstan. When its discovery was announced in 2000, the field was heralded as one of the most significant finds in recent history with proven reserves of 13 billion barrels of oil. Production is expected to reach around 300,000 barrels of oil equivalent per day.

Difficult geographical and environmental variables such as sea ice and high levels of hydrogen sulfied complicated Kashagan drilling. To date the project is more than eight years behind schedule with expenditures around $50 billion.

Shell holds a 16.8-percent stake in Kashagan, along with a consortium of international companies. Kazakhstan’s state oil and gas company, KazMunaiGas is also heavily invested in the project. Kazakhstan’s oil production is expected to rise by almost 30 percent by 2020.