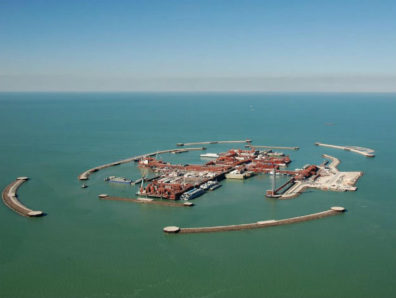 Kashagan to resume production in October

ASTANA, June 15, 2016 – Deputy Energy Minister Magzum Mirzagaliev on Wednesday said Kazakhstan’s Kashagan field is expected to come back on line in October as per directives from Prime Minister Karim Massimov.

According to local media, the prime minster instructed state-owned KazMunayGas and the Ministry of Energy to ensure the field resumes production and contributes to raising the country’s output from 1.49 million bopd to 1.51 million bopd. Mirzagaliev expects initial production levels to be in the range of 75,000 bopd. By year-end 2016, output should exceed 250,000 bopd.

The Kashagan oilfield development project has been marred by delays and cost overruns. It first began producing in September 2013 but was halted two weeks later due to gas leaks. Discovered in 2000, the field’s estimated recoverable reserves of around 13 billion barrels attracted some of the world’s largest energy companies. The international consortium developing the field – working under the North Caspian Operating Company Umbrella – comprises China National Petroleum Corporation, Eni, ExxonMobil, Inpex, Shell, Total and KazMunayGas. In 2015, the latter sold half of its 16.8% stake in the venture.

KRG still open to oil deal with Baghdad
Next