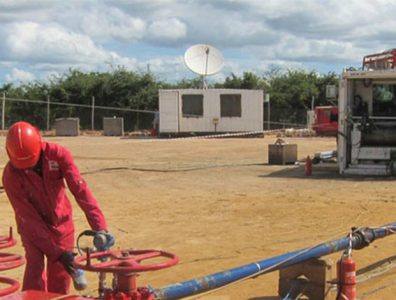 LONDON, March 15, 2016 – Independents Aminex and Solo Oil on Tuesday announced the conclusion of well integrity testing of the Kiliwani North-1 (KN-1) well, saying first gas from the Tanzanian field could become available as early as April.

Completion of KN-1, which tested at 1.13 mcm (40 mcf) of natural gas per day, was originally scheduled for mid-February. However, changes in the Songo Songo gas processing facilities’ commissioning timeframe, scheduled for early-April, necessitated the end of testing be pushed back to March.

“The successful conclusion of the well integrity tests and installation of the wellhead control panel finalises the company’s preparations prior to the commissioning of the new Songo Songo Island processing facilities,” Aminex CEO Jay Bhattacherjee said in a statement.

The Kiliwani North field, operated by Aminex on a 51.75% stake, is estimated to hold gross contingent resources of 793 mcm (28 bcf). The gas will be sold at the KN-1 wellhead to Tanzania Petroleum Development Corporation.

For more news and information on the oil and gas industry in Tanzania, click here.