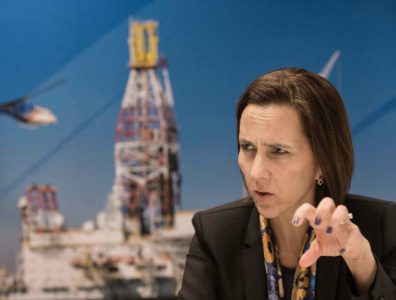 Mexico plans shale round in 2016

NEW YORK, March 18, 2016 – Some of Mexico’s unconventional oil- and gasfields will go up for bid in 2016, Deputy Energy Minister Lourdes Melgar announced at a conference in New York on Thursday, citing interest from US drilling businesses.

“Companies working on the US side of the border have expressed interest in working on other side of the border,” the deputy minister said, adding that the firms eyeing Mexican shale opportunities were “mostly independent companies” with a proven track record in developing unconventional resources.

The auction for shale fields will mark the fifth Mexican round since the country opened up to foreign investors in 2014. Mexico’s deepwater round, which will see 10 areas go up for bid, is planned for December 5.

Mexico is in the process of drafting regulation to govern hydraulic fracturing, which is expected to be approved within the next couple of months. “Mexico is looking at ways to develop shale in a sustainable manner and take advantage of it as it has been done in the US,” Melgar also said.