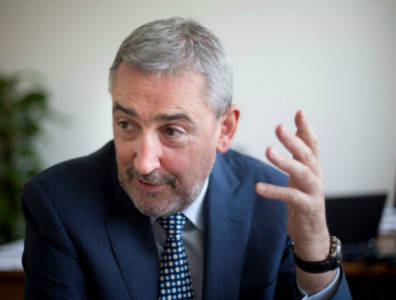 ERBIL, May 14, 2014 – MOL executive vice-president of exploration and production Alexander Dodds told TOGY last week that the company was targeting early production of a minimum of 10,000 barrels of oil per day by the end of 2014 at the Akri-Bijeel block in the Kurdistan Region of Iraq.

The Hungarian operator has drilled eight wells in its licence since acquiring the production-sharing contract from the Kurdistan Regional Government in 2007. MOL submitted a declaration of commerciality for the field in October 2013.

“The initial current estimate of oil in place at Akri-Bijeel is approximately 800 million barrels, which we believe to be conservative, given the scale of the 200 square kilometres of hydrocarbons-bearing rock at this licence,” said Dodds.

There are four rigs currently drilling on Akri Bijeel and MOL will add a workover rig in 2014.