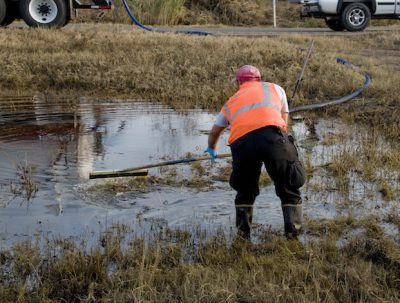 The NOC has started implementing contingency plans to mitigate environmental damage, including installing barriers in waterways to prevent the further spread of crude and alerting nearby municipalities. Pipeline repair works have also begun.

As of Wednesday, Ecopetrol had not publicly named the assailants, but military sources have said members of the guerrilla National Liberation Army are behind the bombings.

The most recent incident in Arauca on Monday marked the 82nd time this year that the pipeline has been sabotaged.