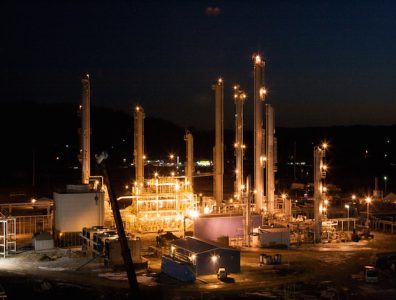 HOUSTON, July 14, 2015 – MPLX a US pipeline operator, with upwards of 4,667 kilometers of pipeline in nine states, has announced plans to purchase MarkWest Energy Partners, a natural gas production, processing and transportation entity. The transaction, valued between $15 billion and $17 billion, will be one of the largest deals completed since the 2014 hydrocarbons market upset.

The endeavour would join the two operators in a market-limited partnership, allowing the newly formed company to be traded on an exchange while reaping the tax benefits of a limited partnership. The  entity formed from the combined companies would have a market capitalisation valued around $21 billion.

MPLX will receive $675 million from parent company Marathon Petroleum, an oil refining, marketing, and pipeline transport firm, to aid in the cash portion of the transaction. As part of the agreement, shareholders at MarkWest will receive $78.64 per share in shares and cash. Marathon Petroleum will retain 19 percent ownership of the new firm, serving as general partner. The transaction is expected to be completed in the fourth quarter of 2015.