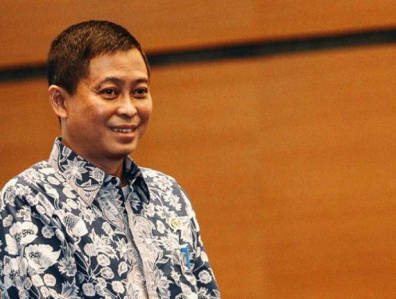 With the inauguration of Minister Jonan by President Joko Widodo, a more than two-month-long period of uncertainly at the Energy and Mineral Resources Ministry comes to an end.

In July, Archandra Tahar took over from Sudirman Said following a Cabinet reshuffle. Having served for less than three weeks, Tahar was removed in August because of dual US-Indonesian citizenship, with Luhut Pandjaitan taking over as Indonesia’s interim minister of energy and mineral resources. Surprisingly, Tahar was named as Jonan’s deputy minister on Friday.

In other news, state utility Perusahaan Listrik Negara said on Thursday that a Pertamina-led consortium had come out on top in the bidding process for the USD 2-billion contract to construct a power plant in West Java. The consortium, which comprises Marubeni and Sojitz, is expected to ink a power-purchase agreement with PLN in 45 days. The plant will have a power generation capacity of 1.6 GW.

Chinese chemicals behemoth in the making
Next

FPSO to set sail for Angola