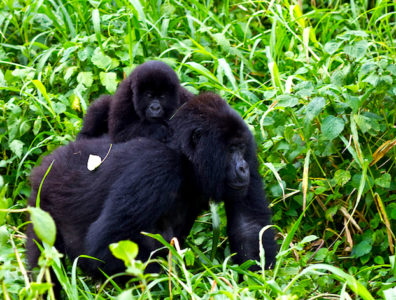 Democratic Republic of the Congo

KINSHASA, January 22, 2016 – NGOs and international environmental rights organisations called for the governments of Uganda and Democratic Republic of the Congo to ban drilling operations near and in Virunga National Park Thursday.

The plea follows the November 2015 discovery of oil in Virunga, the oldest wildlife reserve in Africa and home to mountain gorillas. UK upstream exploration company Soco performed seismic tests in the 7,800 sq.km reserve, confirming the presence of hydrocarbons. About 60 organisations such as Greenpeace and the Zoological Society of London have signed the appeal.

An environmental impact assessment conducted by the company suggested that development of the area’s hydrocarbons assets would likely result in the loss of habitat, the introduction of invasive species, air pollution, pulmonary diseases and water contamination.

“If the government tried to exploit this oil, for us it will be death,” the Innovation for the Development and the Protection of the Environment NGO, Bantu Lukambo, told international news agency Agence France-Presse.

The Democratic Republic of the Congo issued numerous oil concessions along the reserves borders. Soco was awarded a licence in Block V but has since halted its involvement in the project.

PNZ operations to resume
Next