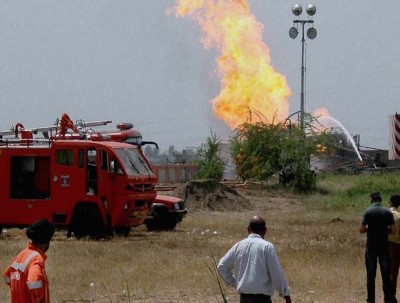 ABUJA, October 16, 2018 – More than 60 people were killed in a fire on an oil pipeline in southeastern Nigeria, local media reported Tuesday.

The National Emergency Management Agency (NEMA) confirmed 62 people were killed in the pipeline explosion in Abia state, Daily Trust reported. Previously the death toll had been reported as 16.

“My team has visited the scene of the explosion and we discovered that victims of the incident took advantage of the pipeline leakage and were scooping the oil before fire caught on them. I blame the victims who noticed the leakage but rather than raising alarm, they decided to steal the fuel which eventually led to their death,” a NEMA representative said.

The fire broke out along the Osisioma axis near Aba Depot in the NNPC’s System 2E pipeline network on Friday.