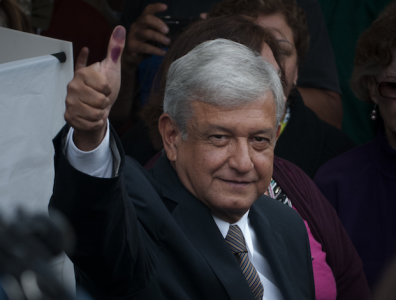 Speaking to reporters in Tabasco state about a planned USD 8-billion refinery, AMLO said the country’s overall oil output should be no more than around 2.6 million bopd by the end of his six-year presidential term, which will begin December 1.

“We do not aspire to extract much oil because that is an inheritance that must be left to the new generations,” AMLO was quoted as saying by local paper El Financiero. “We will extract everything that is needed for our internal consumption. We are no longer going to sell crude oil abroad in the medium term; we want to process all our raw material.”

The president-elect also spoke about his incoming administration’s goal of promoting renewables for power generation, including wind- and solar-based projects.