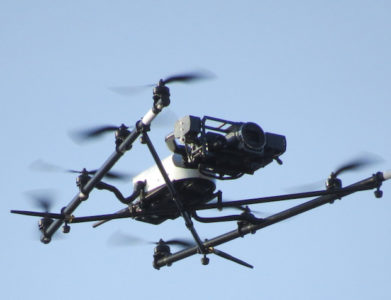 Nigeria to monitor pipelines with drones

ABUJA, June 23, 2015 – The Nigeria Security and Civil Defence Corps (NSCDC) will deploy 500 drones and aircraft to monitor pipelines and other oil installations in a bid to protect the country’s oil and gas infrastructure from attacks by militant groups.

The commandant-general of the NSCDC said on Monday said the move was part of the new Muhammadu Buhari-led government’s initiative to step up efforts to tackle the issue. He noted that drones had already been deployed on test runs in the Niger Delta region.

The paramilitary NSCDC was formed in 2003 to support Nigeria’s police forces, with a central function of protecting the country’s besieged pipelines.

The issue has led to a wave of onshore divestments by international oil and gas majors such as Shell, as the companies shift operations to Nigeria’s more secure offshore fields.

Mexico to invest $10 billion in power