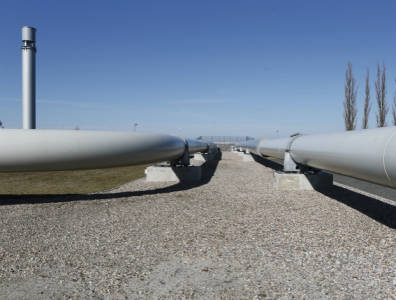 Nord Stream-2 to be commissioned year-end 2019

VIENNA, February 18, 2016 – OMV expects to commission the Nord Stream-2 gas pipeline by the end of 2019, CEO Rainer Seele said on Thursday. The head of the Austrian oil and gas company further announced that investment in the construction of the 1,200-kilometre conduit will be in the range of EUR 10 billion.

Connecting Russia’s Baltic Coast to the Greifswald area in Germany, the Nord Stream-2 pipeline will see gas transported across the Baltic Sea along the same route of the existing Nord Steam line. The project is executed by a consortium comprising Gazprom, BASF subsidiary Wintershall, OMV, Shell and utility companies E.ON and Engie, and will have a capacity of 27.5 bcm (971 bcf) per year.

OMV is looking for an asset swap with Gazprom in order to raise its hydrocarbons production, currently around 300,000 barrels of oil equivalent per day, Seele added. The Austrian major is looking to gain a stake in the Urengoy field in Siberia, which could yield 50,000 boepd by 2020.

The statements came following the announcement of OMV’s full-year 2015 financial results, which revealed a loss of USD 1.1 billion.