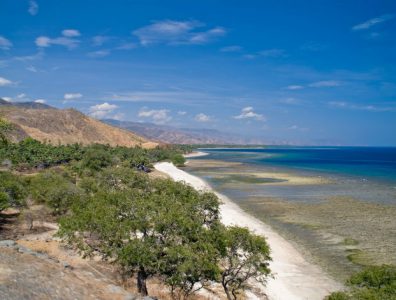 DILI, February 18, 2016 – The Timor-Leste government has settled a major part of its longstanding tax dispute with US energy firm ConocoPhillips, the two said in a joint statement released on Wednesday.

The arrangement includes tax assessments related to the decommissioning of the Bayu-Undan project, drilling of the Firebird-1 well and the capacity reserve charge issue. The operations are located in the joint petroleum development area that the government shares with Australia. The terms of the settlement are being kept private.

The conflict has been going on for several years and has overshadowed the Sunrise gas project, of which ConocoPhillips is a partner, in the same area. The agreement promises further investment by the energy company in the country’s oil and gas industry.

The two parties have also agreed to work together to advance conflict resolution and penalties.

“The Timorese Government is committed to continuously working with international companies to ensure that the people of Timor-Leste benefit from business activities in the region, and is pleased that ConocoPhillips recognises the needs and challenges of an emerging state,” Timor-Leste’s minister of finance, Santina Viegas Cardoso, stated.

The resolution does not include the disagreement involving the pipeline withholding tax, which has been handed over to the Singapore International Arbitration Centre.

The Bayu-Undan gas-condesante field is 249 km southwest of Suai and 501 km northwest of Australia’s northern region. The operation includes a floating storage and offloading facility and three fixed platforms. It is expected to have reserves of 400 million boe and 96.3 bcm (3.4 tcf) of gas. ConocoPhillips operates the project with 57% stake along with Australia’s Santos with 12% interest, Japan’s Inpex with 11%, Italy’s Eni with 11% and the joint company Tokyo Timor Sea Resources run by Japan’s Tokyo Gas and Tokyo Electric Power taking a 9% interest. The venture has paid more than USD 18 billion in taxes to the Timor-Leste Petroleum Fund, according to ConocoPhillips Australia.

Nord Stream-2 to be commissioned year-end 2019
Next