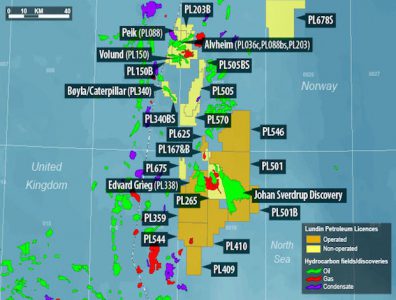 The first contract will see Odfjell’s semi-submersible rig Deepsea Atlantic drill production wells at the field. The contract for the rig will last three years and will be valid for a period of three years at a daily cost of $330 million.

Slated to start in March 2016, the rig will drill a minimum of 13 pilot wells at the field prior to the start of production at the Johan Sverdup oilfield in late 2019.

The company was also offered a four-year contract to undertake drilling services on the Johan Sverdrup drilling platform beginning in December 2018. The contract, which also includes assistance during the engineering, construction and commissioning phase, is estimated to cost around $240 million.

“These contract awards contribute significantly to increase the order backlog and earnings visibility of Odfjell Drilling during a tough market cycle,” Simen Lieungh, CEO of Odjfell, said in a statement released by the company.

Well in Falkland Islands spudded
Next