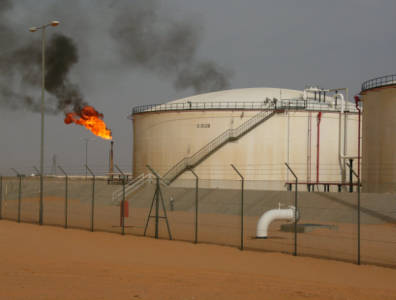 TRIPOLI, February 22, 2016 – Attack on Libyan oil facilities will not stop unless a UN-backed unity government is put into place, the head of the country’s state-run National Oil Corporation, Mustafa Sanalla, told Reuters in an interview today.

During attacks on Thursday and Friday, a production tank was set aflame, and a similar tank in the Fida oilfield was damaged. The latter is just southwest of oil terminals Es Sider and Ras Lanuf, which were both targets of repeated raids in the last month.

Libya has been in constant conflict since the uprising that toppled Muammar Gaddafi as leader in 2011. Two distinct governments backed by militant alliances have been vying for control of the petroleum-rich state. In the security vacuum caused by unrest, Islamic State fighters have also taken ahold of the city of Sirte and begun attacking nearby cities.

“We are urging the House of Representatives to approve this government to put an end to these troubles we have regarding security in the oil industry,” Sanalla said.

The official suggested that a unified bureaucracy could incorporate the Petroleum Facilities Guard, an independent contingent that controls the area around Ras Lanuf and Es Sider.

Although the country’s current production is 360,000-370,000 bpd, down a full quarter since the insurgency, Sunalla said he remained “optimistic” that output could rise quickly with a more stable unity government and the El Sharara and El Feel fields coming on line in southwestern Libya.

For more oil and gas news and features in Libya, click here.