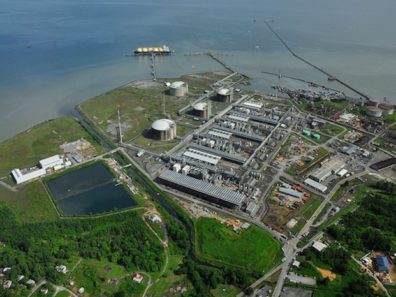 Oil continues up on US transition, vaccines

LONDON, November 25, 2020 – Oil was up on Wednesday morning in Asia, as the market responded to the anticipated roll out of Covid-19 vaccinations and certainty in the US political sphere, both pointing to increased demand.

The gains came despite data from the American Petroleum Institute showing a 3.8-million-barrel build in crude oil supplies for the week ending Nov. 20. The forecast was for a fall of 0.333 million barrels, and the previous week also showed a build of 4.174 million barrels.

Anticipation of a Covid-19 vaccination program hitting the ground in December is continuing to push oil higher as markets look to future hikes in demand. Oil futures are now at heights not seen since the onset of the coronavirus pandemic in March.

With a third vaccine candidate now anticipated to be approved by the end of the year, investors are looking toward a return to pre-pandemic conditions and the consequent rise in consumption of oil products.

“By some time in the middle of next year, the economic environment should really move quite rapidly toward normalization, which ultimately means that demand for petroleum products should start to recover,” Bart Melek, head of global commodity strategy at TD Securities, told Bloomberg.

Positivity also continues as the US presidential transition begins after weeks of delay. Current President Donald Trump had refused to allow President-elect Joe Biden’s incoming administration the usual government access and funding given to an incoming administration, while he attempted to overturn election results in the courts.

The return to the normal standards of political process has calmed markets fearful of a destabilizing transition period leading to the Biden administration scrambling for control at the beginning of its tenure. The markets have also responded positively to the Biden camp’s plans to install ex-Federal Reserve Chairman Janet Yellen as US Secretary of the Treasury. Yellen is seen as a moderate, stabilizing influence in economic circles.

“The fact that we have more certainty on what hopefully is an orderly transition is putting some wind in the sails for crude,” Stewart Glickman, energy equity analyst at CFRA Research told Bloomberg. “The biggest issue ahead is how willing they’ll [U.S. Congress representatives] be to cross the aisle and enable a stimulus package to happen. That’s going to be a primary driver.”

Investors are currently waiting to see which way the Organization of Petroleum Exporting Countries and their allies (OPEC+) will respond to the rise in prices. A number of OPEC+ members are strongly feeling the pinch of the cartel’s current production restrictions, put in place to reduce global supply and maintain prices, and are likely to push for the removal of those limits.

OPEC+ had previously been expected to extend supply cuts well into 2021, with the decisions being made at the 180th Meeting of the OPEC Conference on Nov. 30 and the 12th OPEC and non-OPEC Ministerial Meeting on Dec. 1.

Crude oil supply data from the U.S. Energy Information Administration is due later in the day.