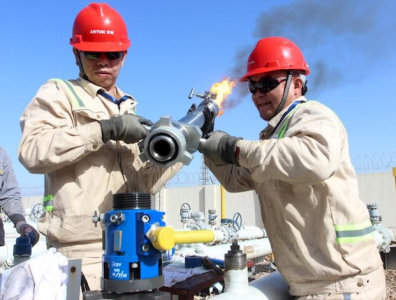 Oil dips on US exports

The dip in oil prices comes amid growing expectations for an extension to the output-cut agreement lifted crude prices to an eighth-month high after the Organization of the Petroleum Exporting Countries (OPEC) and non-OPEC members signaled support for an extension ahead of the upcoming OPEC meeting in November.

In May, OPEC producers agreed to extend production cuts for a period of nine months until March 2018.

OPEC’s Secretary General Mohammad Barkindo noted last week comments from both Saudi Arabian Crown Prince Mohammed bin Salman and Russian President Vladimir Putin that suggested they were in favor of a nine-month extension for the current deal to cut production by 1.8 million barrels a day.

He said that their remarks “clear the fog on the way to (the cartel’s next meeting in) Vienna on November 30.”