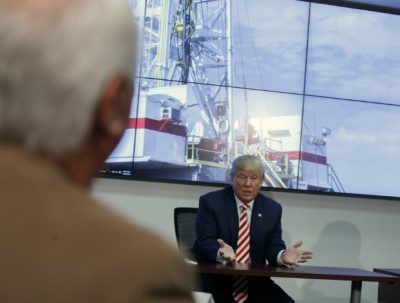 LONDON, October 22, 2019 – Oil prices turned lower on Tuesday in Asia despite signs of easing tensions between China and the U.S., the world’s biggest oil importers.

Oil prices traded higher earlier in the day after US President Donald Trump said during a Cabinet meeting at the White House that China has begun buying American agriculture products.

Le Yucheng, China’s Vice Foreign Minister, said the two sides have achieved some progress in trade negotiations. “The world wants China and the United States to end their trade war,” he said.

Some believe Trump and Chinese President Xi Jinping will sign a partial trade deal in Chile next month during the Asia-Pacific Economic Cooperation meetings.

“Commodity markets were cautiously optimistic amid signs that a trade deal was close to being signed by the United States and China,” ANZ bank said in a note cited by Reuters.

However, oil markets gave up their gains and traded in the red on Tuesday afternoon. US Commerce Secretary Wilbur Ross said overnight that the partial trade deal doesn’t necessary has to be finalised next month, emphasizing the need to get the right deal.