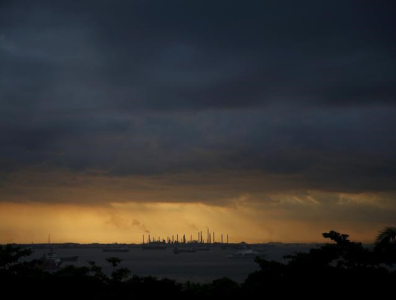 LONDON, June 19, 2018 – Oil prices declined on Tuesday, as energy investors weighed potential outcomes for a meeting of major crude producers later this week, while keeping an eye on the latest developments in the ongoing U.S.-China trade conflict.

Oil prices finished higher on Monday, recouping earlier losses on the back of reports that the Organization of the Petroleum Exporting Countries’ (OPEC) along with Russia were discussing a smaller-than-expected increase in production.

According to people briefed on the talks, OPEC will discuss an oil output hike of 300,000 to 600,000 barrels per day (bpd) at this week’s meeting, as it seeks to bridge the gap between Russia’s push for a big rise and Iran’s insistence that no change is needed.

Last month, it was reported that OPEC and Russia were aiming to boost output by at least 1 million bpd at the June meeting.

Oil ministers from OPEC, Russia and other major producing countries will meet in Vienna on Thursday and Friday to review their current production agreement that has held back 1.8 million bpd from the market for the past 18 months.

Meanwhile, U.S. President Donald Trump threatened to impose a 10% tariff on $200 billion of Chinese goods, prompting a swift warning from Beijing of retaliation, as the trade conflict between the world’s two biggest economies quickly escalated.

Equinor awards contracts, gets licences
Next