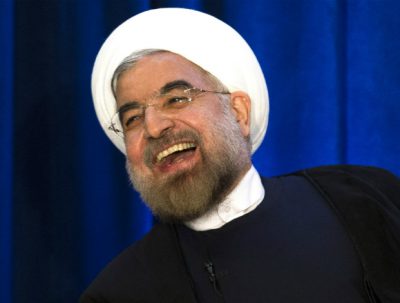 TEHRAN, February 3, 2017 – Oil prices rose only slightly following a tweet by US President Donald Trump threatening action against Iran over a missile test.

Iran’s test-firing of a ballistic missile – which officials maintain is part of a defence programme – took place on Sunday. On Wednesday, the White House issued a warning that Iran was “on notice” over the launch. This was followed by a Thursday tweet from the president reiterating the warning.

A Reuters report on Thursday indicated that US officials were preparing to implement sanctions against a number of Iranian entities.

But by Friday, Brent crude prices had risen only by USD 0.45, or 0.8%, before falling some USD 0.24, or 0.4%. In an interview with MarketWatch, WTRG Economics energy pundit James Williams called the spat a “non-event in the oil market.”

“Once it did not seem like a conflict was in the offing, prices leveled off,” Rob Haworth, a senior investment strategist at U.S. Bank Wealth Management in Seattle, told Reuters.

Throughout 2016, the US election was seen as a potential threat to Iran’s oil market recovery, as a Trump victory could lead to a “snap back” scenario in which US sanctions were reinstated, with a chilling effect on international investment.

However, the day of Trump’s win, Iran struck a high-profile deal with Total, followed by a deal with Shell a month later. The deals showed European oil majors were ready to invest in Iran despite risks posed by the incoming US administration, underscoring the resilience of the Iranian market to US actions.