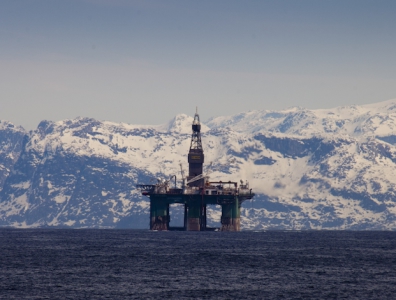 OSLO, March 13, 2015 – The oil price slump that began in 2014 is weakening investment in Arctic exploration and production, but will benefit development of the region in the long run, Norway’s foreign minister has said.

Speaking on Thursday, Boerge Brende predicted that averting a short-term “gold rush” for oil and gas in the region would prove beneficial in the long term.

The poor planning involved in a rush to develop could harm the Arctic’s delicate environment, damaging prospects for sustainable long-term exploitation, Brende said.

“A ‘gold rush’ is not positive. It’s throwing oneself at resources at breakneck speed.”

The Arctic region holds 90 billion barrels of oil, 44 billion barrels equivalent of NGL and 47.3 tcm (1, 669 tcf) – or 13 percent of the world’s remaining untapped petroleum, according to a 2008 United States Geological Survey.

Norwegian upstream activity in the Arctic is currently limited to Statoil’s operations in the Snoehvit gasfield.

Oil prices based on the Brent crude benchmark sat at $58 per barrel on Thursday.

Oilfield blast in New Mexico kills one
Next