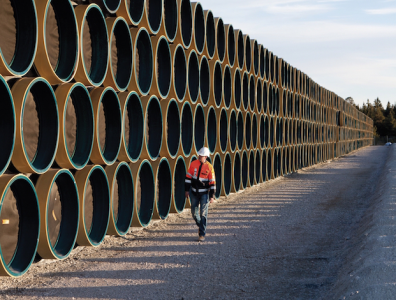 Oil up as US and UK ban Russian petroleum

WASHINGTON, D.C., March 9, 2022 – Oil prices have risen sharply as the US, UK and the EU begin phasing out imports of Russian hydrocarbons, investing.com announced today.

US President Joe Biden announced a ban on all Russian hydrocarbons and energy imports to the country on Tuesday. Russian crude oil represents 3% of American crude oil imports and 1% of total crude processed by local refineries.

The UK also announced on the same day it would phase out imports of oil and petroleum products by the end of 2022 to allow the market and supply chain to replace the supply, which make up 8% of the UK’s total demand.

The EU has proposed a roadmap to becoming independent on Russian fossil fuels before 2030, beginning with pipeline gas and LNG imports.

On Monday, analysts from Norwegian energy research company Rystad Energy said oil prices could rise to USD 200 per barrel if the US and UK followed through with their plans.

Russia has responded with a proposed move to halt flows through its Nord Stream 1 gas pipeline to Europe.