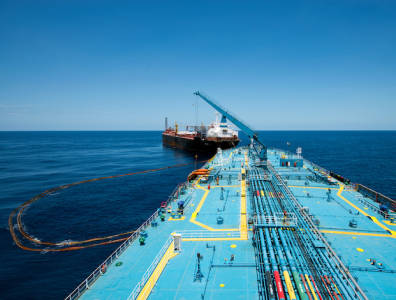 LONDON, September 27, 2021 – Oil was up Monday morning in Asia, starting the week off strong over signs that the crude market is tightening thanks to the global energy crunch.

Both the American Petroleum Institute and the US Energy Information Administration reported bigger-than-expected draws in the US crude oil supply during the previous week, with stockpiles near a three-year low. A simultaneous rally in natural gas is also likely to drive demand for the black liquid as users switch fuels.

Oil has gained more than 80% in 2021 as global demand largely recovers from Covid-19 disruptions. On the supply side, the Organization of Petroleum Exporting Countries and allies (OPEC+) have also slowly eased output restrictions, contributing to the tightened supply in the market.

Additionally, Hurricanes Ida and Nicholas impacted production in the US Gulf of Mexico region when they hit in late August and September respectively.

With the fourth quarter and the northern hemisphere’s winter approaching, some investors are predicting further price gains. Goldman Sachs Group Inc. (NYSE:GS) said the market’s deficit was larger than expected and raised its year-end Brent forecast by $10 to $90 a barrel.

Widening key market time spreads also suggesting a positive outlook among investors. Brent futures’ prompt spread was 85 cents a barrel in backwardation, up from 61 cents a week ago.

More content from Oil remains above $75 Mark, as market tightens