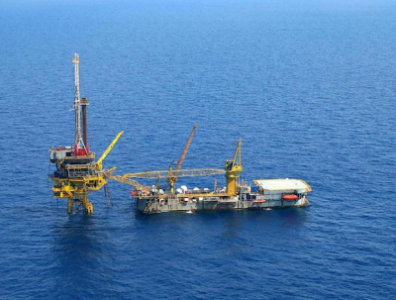 HOUSTON, February 15, 2019 – The good news is flowing in from all corners for oil bulls. Trade talks in Beijing, outage at the biggest Saudi oilfield and commodities merchant Trafigura’s apparent decision to halt trading in Venezuelan crude are all combining to create the largest weekly gain for oil this year.

“Oil looks so bullish that it will probably fall again to just abuse us with irony,” Scott Shelton, energy futures broker at ICAP (LON:NXGN) in Durham, N.C., said, cautioning that producer “flows”, or selling, were continuing to rise and that could be a deterrent for higher prices.

New York-traded West Texas Intermediate crude and London’s Brent oil were up for a fourth-straight day on Friday, rising 5%-plus on the week to recoup all of the losses from the previous week, which, incidentally, was the worst week for oil since 2019 began.

Traders now await the oil rig count from Baker Hughes at 1:00 PM ET (18:00 GMT) to determine if the bullish news would continue. The rig count rose by 7 units last week after the previous week’s drop of 15, which took the reading to a nine-month low of 847.

Gains in oil accelerated on reports that talks between the world’s largest economies will continue next week in Washington, with both sides citing good progress at this week’s negotiations in Beijing. The market has been on an uptrend since a Bloomberg report on Thursday that President Donald Trump was considering a 60-day extension to the March 1 deadline requiring China to reach a trade deal with the U.S. or risk having higher tariffs on $200 billion worth of goods.

Brent prices particularly got a boost on reports that Saudi Aramco has shut part of its more than 1-million-barrels-per-day Safaniyah offshore oilfield after a main power cable was cut by a vessel’s anchor. Brent’s premium versus WTI is at just over $10, reaching 2017 highs.

Out of Geneva, Reuters reported that global commodities firm Trafigura has decided to stop trading oil with Venezuela due to U.S. sanctions on the OPEC nation’s energy sector.

The decision will come as a blow to the Nicholas Maduro administration, which has been trying to maintain its hold on Caracas and its state oil company PDVSA despite U.S. and widespread global opposition to its rule. Swiss-based Trafigura had a long-standing arrangement with PDVSA to take Venezuelan crude and, in exchange, supply the Latin American country with refined products.

Pemex to get $3.9-bln government bailout