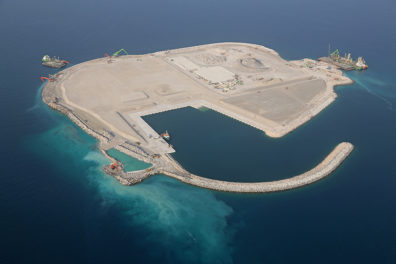 ABU DHABI, September 10, 2014 – The Abu Dhabi arm of Omani construction firm Al Hassan Engineering has been subcontracted for three oil and gas developments worth a combined $34.65 million, the company announced on Sunday.

The biggest of these is an $18.46-million plant and building works construction contract for the Phase 4 development of the offshore Satah Al Razboot (SARB) oilfield, operated by Abu Dhabi Marine Operating Company.

The contract was awarded by one of the field’s engineering, procurement and construction (EPC) contractors, South Korea’s Hyundai Engineering and Construction (Hyundai E&C). It will begin in December 2014 and is expected to last 20 months.

Al Hassan Engineering Abu Dhabi also won a $14.25-million contract from Hyundai E&C for the construction of temporary site facilities at the SARB Phase 4 plant development. The contract will run for eight months from September 2014.

The third of Al Hassan’s contracts was awarded by Abu Dhabi Oil Refining Company. It consists of the manufacture, supply, test and commission of three way valves for use at a hydrocracking plant being constructed at the firm’s Ruwais refinery. This contract is worth $1.9 million and will last 12 months.