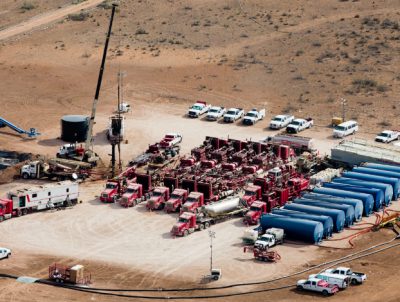 AUSTIN, February 8, 2017 – Parsely Energy on Tuesday said it had reached an agreement with Double Eagle Energy Permian on the acquisition of Midland basin acreage.

The transaction will see Parsely add some 287 square kilometres of both producing and undeveloped acreage to its existing portfolio for the sum of about USD 2.8 billion. The company will pay USD 1.4 billion in cash and the other half in Parsely Energy shares, which corresponds to some 39.4 million units.

The added acreage, which comes with 23 drilled but uncompleted wells, had a net production of around 3,600 boepd at the start of the year.

Parsely’s has a Permian footprint of around 918 square kilometres, 724 square kilometres of which in the Midland basin. The latter contains the Wolfcamp shale, which is estimated to hold continuous oil in place reserves of more than 20 billion barrels, an assessment released by the U.S. Geological Survey (USGS) in November 2016 revealed. It is also estimated to contain some 1.6 billion barrels of natural gas liquids and associated gas reserves of 453 bcm (16 tcf).