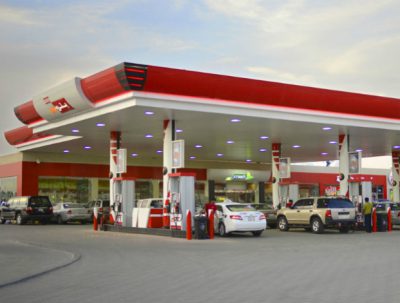 RIYADH, August 4, 2016 – Petromin Corporation aims to build more than 200 petrol stations in Saudi Arabia over the next five years, local media reported the company’s CEO as saying on Thursday.

In comments to Aleqtisadiah, CEO Samir Nowar said that Petromin had earmarked some USD 666 million for the construction of 230 stations, the last of one of which is to be completed in 2020. “Twenty of those stations are currently underway and will be ready before the end of the year,” Nowar said, adding that the project would create around 5,000 jobs. Petromin is a wholly owned subsidiary of the Al Dabbagh Group.

In other news from Saudi Arabia, the IMF on Wednesday said that the country’s deficit would fall below 10% of GDP, down from the forecast 13% for 2016. “The fiscal adjustment is under way, the government is very serious in bringing about that fiscal adjustment,” the IMF mission chief to Saudi Arabia, Tim Callen, said in a reaction.

Last year, the kingdom’s deficit came out 16% of GDP, prompting far-reaching measures to reign in spending and promote diversification. The deficit is expected to hit 9.6% for this year. Some of the pillars of Saudi Arabia’s diversification campaign, labelled Saudi Vision 2030, are entrepreneurship and localisation.

One such localisation effort is the in-kingdom total value add programme, and on Wednesday, Saudi Aramco announced the completion of a project executed under this umbrella with the delivery of the Marham TP-9 deck, the largest offshore tie-in platform ever constructed in the country. It was built at the STAR yard, operated by the Saipem-Taqa Al-Rushaid for Marine Works joint venture.

Ahmed A. Al Saadi, Aramco’s senior vice-president of technical services, called the project a “major proof of the high level of technical competency and capability that in-Kingdom manufacturers have achieved.”