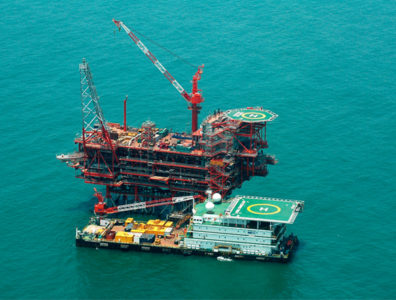 International consultancy Deloitte estimated that the discovery, located in the KG-D6 block offshore India, has P50 resources of 31.2 bcm (1.1 tcf) of gas and 49 million barrels of condensate.

“Going forward, the contractor group in the block will be working on plans to develop MJ, which may lead to potentially significant additions to reserves and production levels in the coming years,” Niko Resources chief operating officer William Hornaday said in a statement. Reliance is the operator with 60 percent, BP has 30 percent and Niko holds a 10-percent stake in the block.

Deloitte’s estimation places the gasfield as the third largest in the block. India, the world’s fourth-largest LNG importer in 2013, uses natural gas primarily for electricity generation and fertiliser production. The government raised the price of domestically produced gas by 50 percent in October 2014, in part to provide an incentive for upstream development.

Click here for more news and features from India.