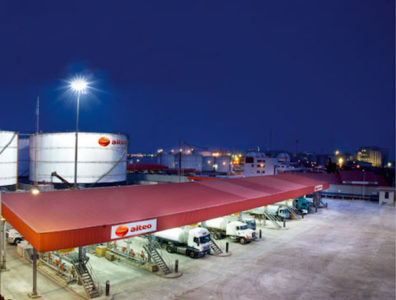 LAGOS, April 9, 2015 – Speaking exclusively to TOGY today, two market observers have described how the role of local banks in the Aiteo acquisition of 45 percent of the Oil Mining Lease (OML) 29 and the Nembe Creek Trunkline (NCTL) is a “transformational milestone” for Nigerian finance.

Nigerian banks played a key role in Aiteo’s $2.5-billion acquisition. Hakeem Adedeji, vice-president of capital markets at Nigeria’s First City Monument Bank said, “It is remarkable that a large chunk of the financing for this transaction was raised from Nigerian banks.” Of the $10 billion spent on acquisitions of hydrocarbon assets in Nigeria recent years, 70 percent of the funding has come from the local banking sector.

While Nigerian banks have taken an increasingly active role in funding oil and gas transaction and acquisitions over the past few years, the ability for local companies to attract large-scale funded is also noteworthy. Sola Adepetun, partner at Nigerian law firm ACAS Law, said, “This asset sale indicates that indigenous companies can secure significant funding for the acquisition of oil and gas assets. The oil and gas production landscape in Nigeria is changing rapidly, with more indigenous players acquiring production assets, and production facilities as in this instance and proving their competence while the international oil companies focus on deep offshore projects.”

The $2.5 billion purchase by Aiteo is the largest transaction yet in a trend of major international companies selling onshore producing assets to local players, such as ConocoPhillips’s $1.5 billion sale of its upstream Nigeria assets to local integrated player Oando. Other purchases included Newcross Petroleum taking on OML 24 from Shell for an estimated $900 million and Erotron Consortium buying OML 18 for $1.1 billion, also from Shell.

The transfer of operatorship of these assets also represents a seismic shift in industry practice. Adedeji said, “In a departure from the 2011-2012 divestment round by the Shell consortium, these transactions came with the granting of asset operatorship. As indigenous companies with significant expertise in managing local issues, analysts believe that this is a key enabler for these companies to maximise efficiency and raise production from the assets within the shortest time.” Adepetun said, “One thing is for sure, we are witnessing the emergence of the dominance of indigenous companies within the onshore and shallow waters terrain.”

The 983-square-kilometre OML 29, onshore in the Niger Delta region, is the site of Nigeria’s first-ever commercial discovery at the Oloibiri field in 1956. It has the largest production capacity and reserve base of the four oil blocks from Shell’s most recent divestment and produced around 43,000 barrels of oil equivalent per day in 2014 from the Nembe, Santa Barbara and Okoroba fields which have combined reserves of 2.2 billion barrels of oil equivalent. The NCTL, which is 100 kilometres long and boasts a throughput capacity of 600,000 barrels of crude oil per day, will also play a pivotal role in increasing the company’s midstream portfolio.