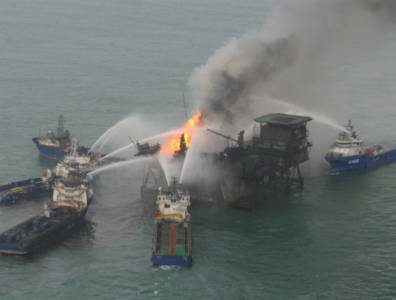 BAKU, February 11, 2016 – The blaze that ripped through Platform Number 10 on December 4, 2015, was put out late on Wednesday, Azerbaijan’s Emergency Ministry announced. The fire, which lasted for more than two months, was caused by a storm on the Caspian Sea that tore a gas line. With 12 oil workers confirmed dead and another 18 missing, the rig fire is the worst such accident to date in the country.

Last week, Socar president Rovnag Abullayev said the fire was expected to result in the loss of as many as 12,000 bopd in production. US well control company Boots & Coots was involved in combatting the blaze and succeeded in capping the last well at 7.24 pm local time yesterday. Platform Number 10, located in the shallow water Guneshli field, is expected to resume operations within three to four months, according to Abullayev.

For more news and features on Azerbaijan, click here