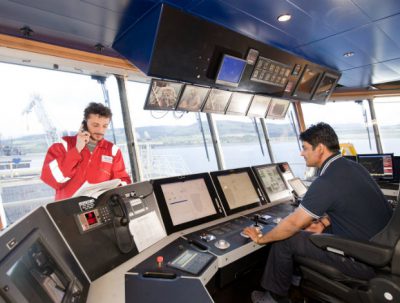 ÎLE-DE-FRANCE, February 11, 2016 – Technip has been handed contracts for the fabrication and installation of infield pipelines on two projects on the Norwegian North Sea by Norway’s Statoil, the French engineering company reported in a press release today.

The firm will oversee construction of 29 km of plastic-lined injection flowlines for the Johan Sverdrup project, as well as 7.5 km of production pipeline and 9 km of gas injection pipeline for the Oseberg Vestflanken 2 project. The flowlines will be produced at Technip’s facilities in Orkanger, Norway. Its reel-lay ship Deep Energy will install the apparatuses in the second half of 2017.

The value of the awards, both were lump-sum contracts, was not given.

The Johan Sverdrup’s recent 2011 discovery is one of the largest in the North Sea, stretching around 200 sq.km on the Utsira High Basin. It is said to contain reserves of 1.8 billion-2.9 billion boe. At peak output, the project is expected to fill 25% of Norway’s petroleum production. Statoil is the main operator with a 40% stake, partnered with Norway’s state-run Petoro with 17%, Norwegian independent Det norske oljeelskap taking 12% and Danish Maersk Oil holding the remainder 8%.

Statoil’s sister project, the Oseberg Vestflanken 2, will develop petroleum formations Alfa, Gamma and Kappa at depths of around 110 metres. The unmanned wellhead platform is located 8 km northwest of the Oseberg field centre. Statoil operates the block with 49% interest, Petoro has 34%, Total holds 15% and ConocoPhillips owns a nominal 3%.

For more news and features on the oil and gas industry in Norway, click here.

SBM downsizes amid bribery inquiry
Next