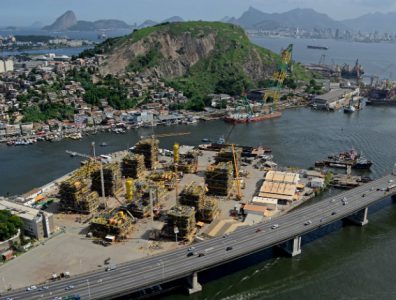 SCHIEDAM, February 11, 2016 – SBM Offshore laid off 3,200 workers in 2015 and intends to let go 400 employees this year, the Dutch floating production specialist said in its annual earnings report on Wednesday.

“While client investment decisions continue to be postponed, the company has taken a view that a recovery is unlikely before 2018.  Nevertheless, the company will maintain an engineering overcapacity to position itself for a future market upturn,” the report said. “This leads to cumulative directional turnkey EBIT losses of approximately USD 150 million over 2016 and 2017.”

The company also confirmed that US authorities had re-opened an inquiry into further bribery allegations in a statement on Wednesday.

SBM is uncertain of what the major points of the investigation are, CEO Bruno Chabas said. “The only thing we can guess is it probably linked to what happened in December in Brazil,” he added.

The company has been plagued with a variety of corruption charges based on bribes believed to total USD 200 million between 2007 and 2011 in Angola, Brazil and Equatorial Guinea. A USD 240 million settlement was reached in November 2014 with Dutch and US authorities.

Brazil’s comptroller general has been in contact with the contractor regarding a leniency deal related to Brazil’s state-run Petrobas company scandal. A buffer of USD 245 million is being set aside for a settlement with Brazilian authorities, the company said in a statement.

SBM generates around 60% of its income from contracts in Brazil.

For more features and news on the oil and gas industry in Brazil, click here.